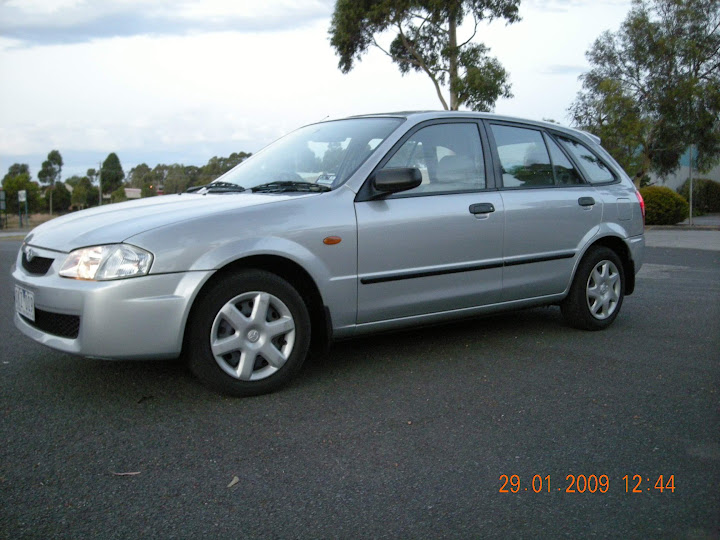 've recently bought a car. Nothing fancy, just a good one to drive from point A to point B.
That's 2000 Mazda 323 Astina 1.6 Hatchback (Manual). Despite it's economical and small engine (1.6L) it drives very well even with air-con turned on at maximum.
Couple of problems I have had so far are:
The official name of this car is Astina Mazdovna :)

I actually was looking for a good car no more than 100000 KM and 5 years old. We would not buy it if it wasn't so well serviced with only one lady owner over 9 years.
It looks just a new one. I hardly was able to find any rust. It has all the factory appliances, including 6 disks CD changer. But it's located in a weird place - under the front passenger seat, which is pretty much a factory standard (probably just to save place).
The car itself is pretty small but it was made the way to increase interior space. Sounds interesting. Mazda decreased the general size of the car but increased the space inside. The interior space is comparable to Toyota Corolla.
See a couple of photos.
Personal